The rest you know. Republican officials across the country held Trump in limbo for a few days before re-embracing a confessed sexual predator. Saturation coverage of the so-called Access Hollywood tape gave way in the press to an increasing fixation with the contents of Podesta’s emails, both mundane (a risotto recipe) and newsworthy (transcripts of paid Clinton speeches to Goldman Sachs). News desks treated the fact that these emails were stolen as as a kind of asterisk, and irrelevant to the question of what to do with the information they contained.

By the time FBI Director James Comey wrote a letter to Congress three weeks later about a newly discovered cache unrelated cache of Clinton emails, the main storyline casual news consumers were hearing about the frontrunner for the presidency was that there was something rotten in her emails.

Then she lost. We can never know for certain, but it has since been argued persuasively that Comey’s intervention on its own was enough to make the difference between President Clinton and President Trump. It is easy to imagine that the Podesta email dump was similarly decisive, and that the two of them combined amplified the effect of both.

This fateful sequence of events is so seared into the liberal memory that the three words “But Her Emails” now stand in as a reminder that the stakes of the election got lost in the political media’s coverage of the candidates. 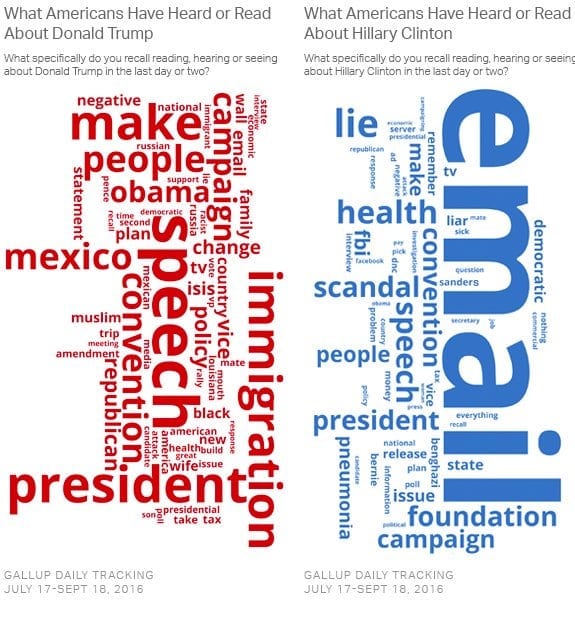 One month after the election, reporters for the New York Times published a Pulitzer prize winning after-action report about Russia’s pro-Trump hack-and-leak measures, which included the following stark conclusion: “Every major publication, including The Times, published multiple stories citing the D.N.C. and Podesta emails posted by WikiLeaks, becoming a de facto instrument of Russian intelligence.” The influence operation had successfully exploited the professional habits of American journalists to turn the fourth estate into a political weapon for anti-democratic forces.

The political press corps has been overwhelmingly hostile to this conclusion, and has spent the year and a half since the election using straw men to dismiss it out of hand. What were we supposed to do? Suppress the emails? In her new memoir, Times reporter Amy Chozick, who worked the Clinton email beat in 2016, distinguishes herself as the first mainstream media campaign reporter to address the criticism forthrightly, and she concludes the critics have the better argument. “Nothing hurt worse,” she writes in an essay adapted from the book, “than my own colleagues calling me a de facto instrument of Russian intelligence. The worst part was, they were right.”

Chozick wrote her book, she says, in part to start a conversation about the ethical conundrum journalists face when government and corporate actors can shape world events by hacking their adversaries and making their emails public. How can reporters possibly square institutional demands of access and information with broader ethical obligations not to encourage the crime of hacking and leaking.

The Clinton email feeding frenzy is a good place to begin a conversation about what not to do, but it’s not the only place.

Recently, the Times has trained its investigative resources on Elliott Broidy, a many-times-disgraced former deputy finance chair of the Republican National Committee, and a top Trump fundraiser. Among other things, the Times discovered that Broidy had engaged in wildly corrupt influence peddling aimed at enriching himself and his shadowy clients.

The response to Chozick’s book and the Broidy revelations has created an opening for some of the Times’ other reporters to imply an inconsistency. Liberals aren’t weeping for Broidy, but neither do they seem to care that Broidy’s misconduct only came to light because his emails were also hacked.

Unknown parties — alleged to be Quatari hackers — have recently been sharing with reporters the personal e-mails of the RNC's now-former deputy finance chair, likely in an effort to shape our Gulf policy.
I do not see much ethical handwringing about it from liberals on Twitter.

Dems are too busy disseminating the undeniably newsworthy stories produced from the stolen @Elliott_Broidy emails to express qualms about the ethics of using them — much like the Republicans who gleefully seized on the newsworthy revelations from @johnpodesta & @dnc @wikileaks. https://t.co/w7WBo5j3W1

Set aside for a moment the important contextual fact that Broidy is a bit player compared to Clinton and that the Broidy scandal hasn’t exactly dominated headlines in the past month. Had the Times presented the story to readers this way, the hypocrisy would be undeniable. In reality, reporters didn’t treat Broidy as the victim of a serious crime until it became useful to accuse liberals of being motivated by partisanship.

In its breakthrough story about Broidy, the Times described the incriminating source document as a memorandum “provided to The New York Times by someone critical of the Emirati influence in Washington.”

Four paragraphs later, the notion that the memo had been stolen by hackers appears not as a critical part of the story, but as an unverified allegation from Broidy’s spokesman. “We have reason to believe this hack was sponsored and carried out by registered and unregistered agents of Qatar.”

This suggestion from the Broidy camp wasn’t just diversionary: it implied that what appeared on its face to be an interesting data point about pay-to-play corruption in Trump’s Washington was actually part of an even larger story of geopolitical intrigue in the Middle East, Trump’s reckless efforts to exploit it, and the ensuing blowback.

By its very nature, political journalism requires making trade-offs like this quite frequently. Leakers have motives, and those motives are often more interesting than the contents of the leaks themselves. When you learn a juicy detail about amateur hour in Trump’s White House, it’s likely that the reporter learned, through the leak, who is warring internally with whom. At some level, this information asymmetry is unavoidable. Most leaks aren’t as explosive as the Snowden disclosures, and most sources don’t out themselves the way Edward Snowden did, which means the public often never gets to learn the stories behind the stories they see or read in the news.

In the brave new world of mass hacking—and particularly of the kind of hack-and-dump tactics deployed against Clinton—the tradeoff is different, and in some ways should be less severe. Whatever we gleaned from the contents of Podesta’s emails or the DNC emails, reporters were aware of, and should have been able to incorporate, one cardinal fact: the source materials were the the spoils of an extremely serious crime.

That shouldn’t make stolen information off limits—a lot of great journalism is the fruit of crime—but it does make the information part of a larger story. In Clinton’s case, the larger story was that some entity (likely Russian intelligence, though the Trump campaign did its level best to muddy those waters) was trying to sabotage the campaign of one of America’s two major party presidential candidates, to tip the election to her opponent. That’s a huge deal, even if the “entity” is Trump’s fabled 400 pound man in New Jersey. Don’t believe me? Publish all of your emails online and see how it alters your horizons. Or tell Bob Woodward he should’ve been more interested in what the Watergate burglars stole than in why they stole it. The crime isn’t always as important as the loot, but it often is, and major media outlets have clearly struggled devising new editorial standards to account for that.

The main impediments to implementing such standards aren’t technical or even that subjective. They are hardwired professional incentives that reward reporting the latest news as quickly as possible in a competitive environment. Reporters and editors and anchors and producers make judgment calls about what’s important and what’s not all the time. They know how to use their platforms to emphasize some pieces of information over others, and present stories in ways that are proportionate to their news value. The problem is the economic pressures of journalism often force journalists to ask not “what will give consumers the clearest sense of what’s happening in the world?” but “what is the most recent thing I’ve learned?”—and then to report whatever the answer is.

That’s too bad, because a more considered approach to information dumps like the Podesta emails would address many of the concerns raised by critics of 2016 campaign coverage—or at least concerns about the stolen-email half of the media’s email fixation—and leave the public better informed than it is under the current paradigm. It would help protect American democracy against a repeat of the subversion we witnessed in 2016. And it would still leave plenty of room for people to argue on Twitter about Clinton’s private email server—the greatest political crime in the history of the world.

Lovett or Leave It

Trump is purging, Bernie is surging, Amy is emerging, Bloomberg is splurging, and Biden is... not doing so well. We're joined by Larry Wilmore, Kara Brown and special guest, Ronan Farrow.

If You Can’t Beat Bernie, Join Him

Listen To Your Heart (with Kate Murphy)

This week Kate Murphy joins Ana to talk about this season’s hottest tip: mindfully listening to those around you.

“There’s Something About Chivalry”

This week Erin Ryan and Alyssa Mastromonaco discuss the New Hampshire primary results and implore the media to stop extrapolating national trends from Iowa and New Hampshire! Then Grace Parra, Megan Gailey and Naomi Ekperigin join in-studio to talk about chivalry. Is it dead? And did feminists kill it? Then as always, our Hills.