A portrait of John Lewis the longtime congressman and civil rights leader, is seen in this aerial view Thursday, Feb. 4, 2021, at Freedom Park in Atlanta. Artist Stan Heard created this earthworks piece in recognition of John Lewis' life and work. (AP Photo/Angie Wang)

The Republican Party faces a fundamental problem—they are now dependent on low voter turnout to win. Their policies and politics are increasingly unpopular with the majority of voters, forcing them to either broaden their appeals or rely on low voter turnout in order to win, and they have chosen the latter. It’s a fact of modern American politics acknowledged by former President Trump, state GOP officials, and any number of Republicans in Washington talking amongst themselves in committee rooms and on conference calls when they think Democrats can’t hear them.

On January 6,  Sen. Ted Cruz (R-TX) spoke on the Senate floor in defense of his objection to certifying the results of the 2020 presidential election.

“Recent polling shows that 39 percent of Americans believe the election that just occurred was rigged,” he claimed without condemning the effort to deceive these citizens. “it is the responsibility, I believe, of this office to acknowledge that as a profound threat to this country and to the legitimacy of any administrations that will come in the future.”

When Trump repeatedly and dishonestly alleged widespread voter fraud in the United States, Republican lawmakers either stayed silent or played along, parroting his lies and conspiracy theories on cable television.

Cruz’s statement illuminated the motive: The entire Republican Party now sees the widespread belief among Trump supporters in Trump’s lies as a once-in-a-lifetime opportunity to disenfranchise voters across the country.

For decades, the Republican Party has used the concept of “election integrity” as a ruse to pass legislation designed to erect barriers to the ballot box, despite significant evidence that widespread voter fraud does not exist.

Republicans have seized on this chance to undermine the public faith in our elections, well aware that they don’t need to prove voter fraud exists to advance their agenda of suppression, they only need to sow seeds of doubt among voters. Trump has played a big part in that. So did the pandemic. An unprecedented number of voters—almost 65 million—cast their ballots by mail in 2020, helping more Americans vote than in any other election in U.S. history.

GOP elected officials across the country have thus stigmatized those methods of voting, and set about to make them much less available in future elections. The epicenter of this national push is the newly blue state of Georgia. It was Republicans who introduced no-excuse absentee voting in that state 16 years ago; now they’ve concluded it serves Democratic interests better than GOP interests, so they want to curtail it dramatically.

And for the moment nothing stands in their way, thanks in large part to the Supreme Court’s 2013 ruling in Shelby County v. Holder. That ruling eliminated the Voting Rights Act’s requirement that old Jim Crow redoubts like Georgia “preclear” new election laws with the U.S. Justice Department, and resulted in a barrage of racist voting practices in the state: registration purges, polling-place closures, and residency challenges designed to disenfranchise Black voters.

Turnout in Georgia in 2020 and the subsequent January Senate runoff was nevertheless exceptionally high, including among Black voters who helped hand the state to Joe Biden, Jon Ossoff, and Raphael Warnock.

Democratic voters in Georgia cast nearly twice as many mail ballots as Republicans, and in response, the Republican state legislature has introduced numerous bills that would impose onerous ID requirements and restrict absentee voting and voter registration. And like Cruz, Georgia Senate Republicans now claim that they do all this in response to “the calls of millions of Georgians who have raised deep and heartfelt concerns” about the November 2020 election.

Alice O’Lenick, the GOP chair of the board of elections in Gwinnett County, went even further. She remarked “I will not let them end this [legislative] session without changing some of these laws…They don’t have to change all of them, but they’ve got to change the major parts of them so that we at least have a shot at winning.”

In Washington, DC, Democrats control the White House and both chambers of Congress for the first time in over a decade, which means they have the power to step in and preempt many of these anti-democratic efforts to win by cheating. Specifically, they can pass H.R. 1—the For the People Act—and the John Lewis Voting Rights Advancement Act, which would institute pro-democracy oversight reforms that would blunt Republican efforts to undermine democracy for years to come. 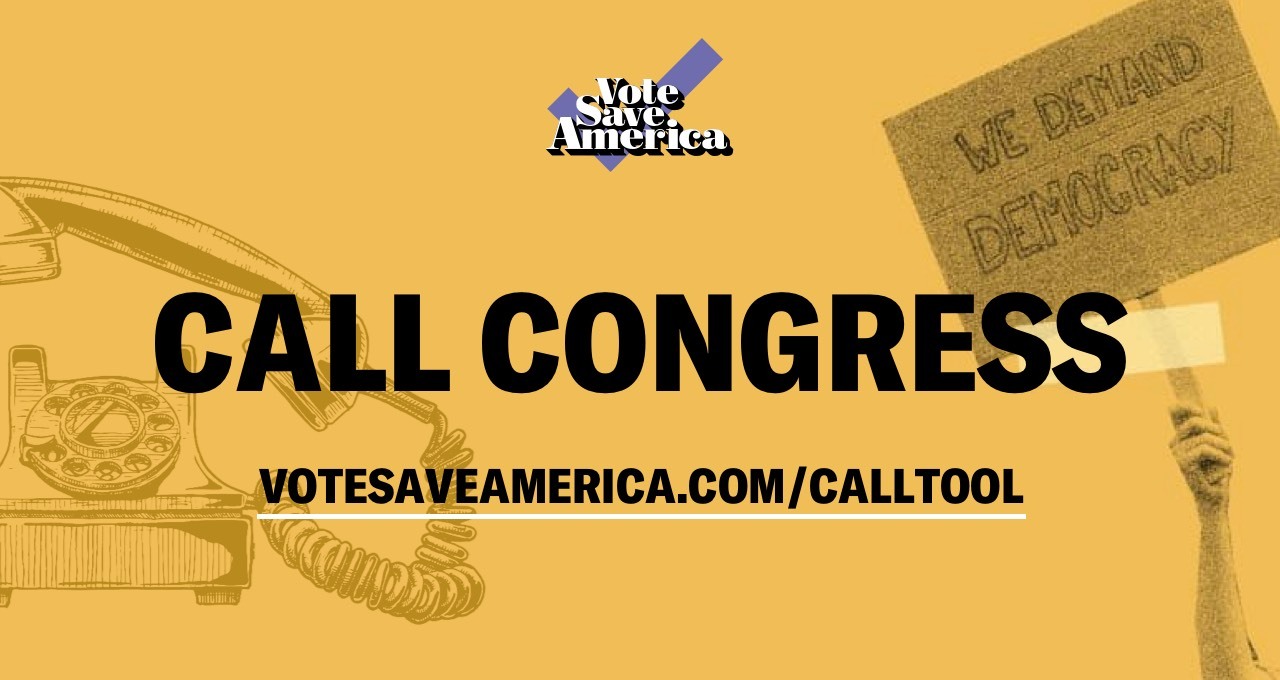 The bills work in tandem, and are generally described as a unit. H.R. 1 would expand voter-registration access and early voting, and reduce the influence of special interests with new campaign-finance and lobbying reforms. Right now, 68 percent of Americans support the package, including 57 percent of Republicans. The John Lewis Voting Rights Act would create new requirements for determining which states and localities must get approval before changing voting practices, and restore the approval requirement for states with histories of voting-rights violations.

It would establish a process for reviewing voting changes, including any changes to election processes or redistricting in areas that are notably diverse, cuts to language assistance, and changes in documentation or requirements necessary to vote.

Despite the popularity of these measures (or perhaps because of it) Republicans in Washington have made opposing and lying about the bills a litmus test for members of the party. Speaking at CPAC on Sunday, the former President attacked H.R. 1, signaling that Republicans see these reforms as a danger to their political viability. “The Democrats in Congress are racing to pass a flagrantly unconstitutional attack on the First Amendment and the integrity of our elections known as H.R. 1,” he said. “This monster must be stopped. It cannot be allowed to pass.”

It’s a testament to how quickly Republicans have committed themselves to minority rule. In 2006, the Republican-held House and Senate reauthorized the Voting Rights Act, including the preclearance requirement, by overwhelming majorities. The bill passed 390-33 in the House and 98-0 in the Senate.

By comparison, the John Lewis Voting Rights Advancement Act of 2019 received only a single Republican vote in the House, and then-Majority Leader Mitch McConnell refused to allow the Senate to debate it at all.

McConnell can no longer block debate on these bills, but he can filibuster them: that is, hold them to a 60-vote supermajority requirement and then make sure 10 Republican votes don’t materialize. Alternatively, Democrats can abolish or reform the filibuster and pass these essential bills on their own. Indeed they must. There can not be bipartisanship or compromise over issues like ballot access with a party that has abandoned its commitment to protecting democracy.

Democratic senators maintain a single-vote margin in the Senate, despite representing 40 million more Americans than Republican Senators. They should not waste time trying in vain to negotiate with a party that rejects the one-person, one-vote principle,  does not represent the majority of Americans, and refuses to try to broaden its appeal.

We are in the middle of another chapter in the long and dark history of voter suppression in the United States. It is the responsibility of the Democrats in Congress to stand against this anti-democratic crusade, and pass legislation to restore the protections necessary to hold free and fair elections.

Run For Something (You Better Clerk)
View Episode
E
The Notly-Anticipated Debut Of The Texas Voting Law
View Episode
“Joe and the Giant Speech.”
View Episode