Trump hires John Bolton, congratulates Putin, attacks Mueller, loses his lawyer, and confronts very detailed accounts of marital affairs and efforts to cover them up. Plus, young people lead a march against gun violence, Mark Zuckerberg defends Facebook on TV, and Cynthia Nixon it turns out is not the character she played on Sex and the City. Recorded live in DC, Symone Sanders, Wesley Lowery, and Mitra Jouhari join Jon to break down a week of news that somehow seems more packed with crazy than usual, if that’s possible.

We’re down to FOUR finalists for portrait mode: 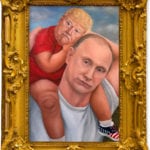 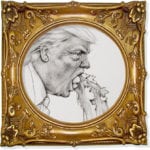 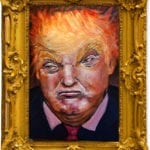 Choose the winner now at https://portraitmode.crooked.com/

Every Friday night, Jon and a panel of comedians, actors, journalists, and some of the many, many famous Friends of the Pod will break down the week’s biggest news and deal with whatever bullshit came flying over the transom in our broken, insane political nightmare factory. Plus it’s produced by a former head writer for The Office, Lee Eisenberg! So it’s got that kind of a vibe too. There will be rants! Games! Bad impressions! Quizzes! Dramatic Readings! Shouting at cable news clips! And everyone’s favorite: nuanced discussion!

Lovett or Leave It

Shea Serrano joins to talk about everything from the impact of protests on sports to the best James Bond movies. Josh Gondelman judges the monologue and has some lovely analogies. And Alice Wetterlund stops by along with a special guest with a tell-all book of her own.

Scrutiny on the Bounty

Emily Heller returns for our July 4th episode and agrees NOT to discuss gardening. Hari Kondabolu joins to talk about Hollywood's response to mounting protests, from voice casting on the Simpsons to the defense of hacky stand up. Epidemiologist Dr. Anne W. Rimoin explains the latest on mounting cases of coronavirus and what happens next.

Larry Wilmore is back and joins for the monologue. Ari Berman discusses efforts to fight voter suppression. We quiz a listener on polling from 2016 so no one gets cocky about 2020.

Nicole Byer is back and joins for the monologue. Adam Serwer discusses the Supreme Court's DACA decision, the diversity of the protest movement, and Juneteenth. Plus we quiz Philip Picardi on campy religious ceremonies and talk about his new podcast on spirituality.

Harry Potter and the Prisoner of Ignorance

Judd Apatow joins for the monologue. Melina Abdullah discusses the goals of the protest movement. Rosemary Ketchum stops by to talk about what it means to be the first trans person to win public office in West Virginia. And LGBTQ+ listeners join to rant about basically whatever. What a week.