As Democratic voters attempt to navigate the (still) growing field of Democratic candidates, we wanted to see how much the debates would both shape and reflect what voters want to see in the candidate they choose to take on President Trump in 2020. That’s why we partnered with Change Research to survey Democratic voters in Iowa, New Hampshire, and South Carolina — the voters who will vote first in the primaries — both before and after the first two debates last week. Ahead of the debates, we learned just how concerned voters are about the electability of their candidate among the voters we need to win. In our most recent poll, we surveyed 1261 voters in Iowa, New Hampshire, and South Carolina from June 29 through July 4.

Here are 10 key takeaways from our post-debates poll on early state voters:

What Changed (and What Didn’t)

1. Harris up, Biden down, everyone else steady. As a result of Harris’s gains and Biden’s losses, we see a very close race in the early states, with Sanders at 19%, Warren at 19%, Biden at 18%, Harris at 17%, Buttigieg at 15%, and no other candidate above 3%. Harris and Biden are the only candidates whose numbers moved by more than 1 percentage point in either direction following the debates. 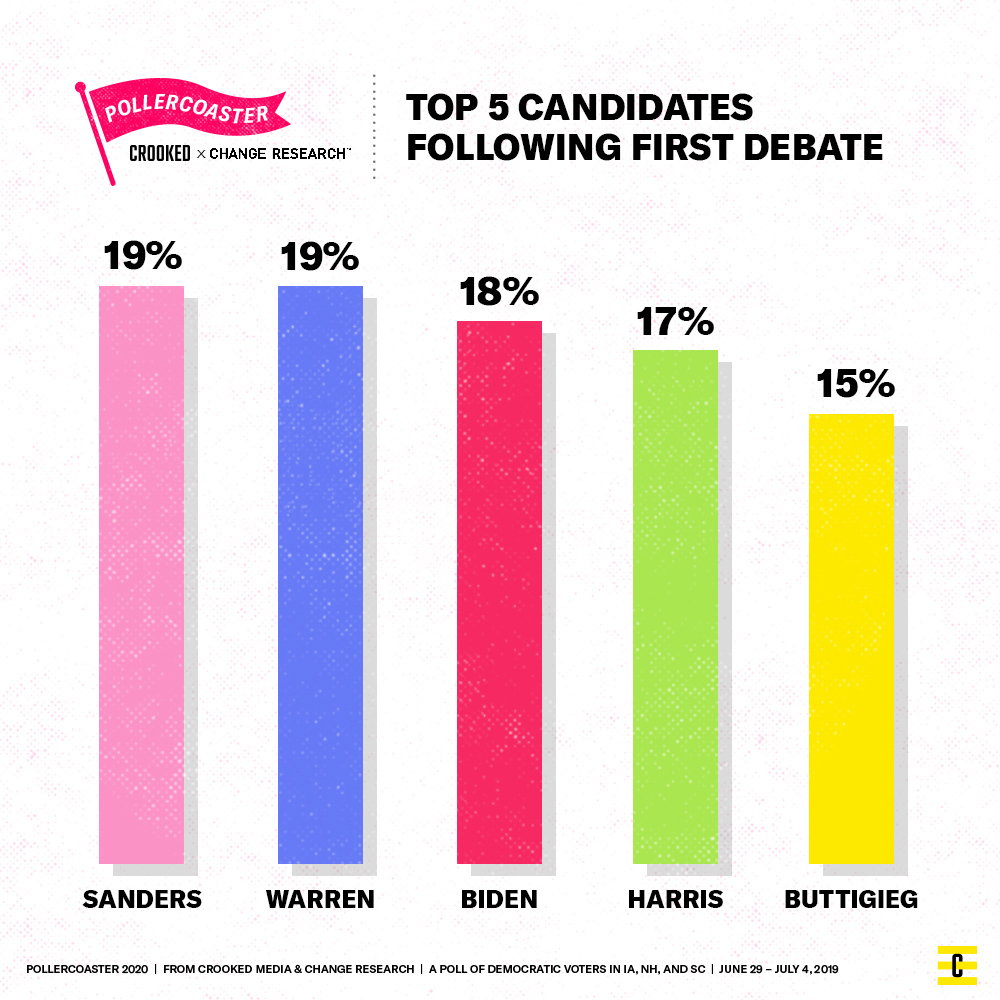 3. Debate performances moved the needle on favorability (for better or worse) 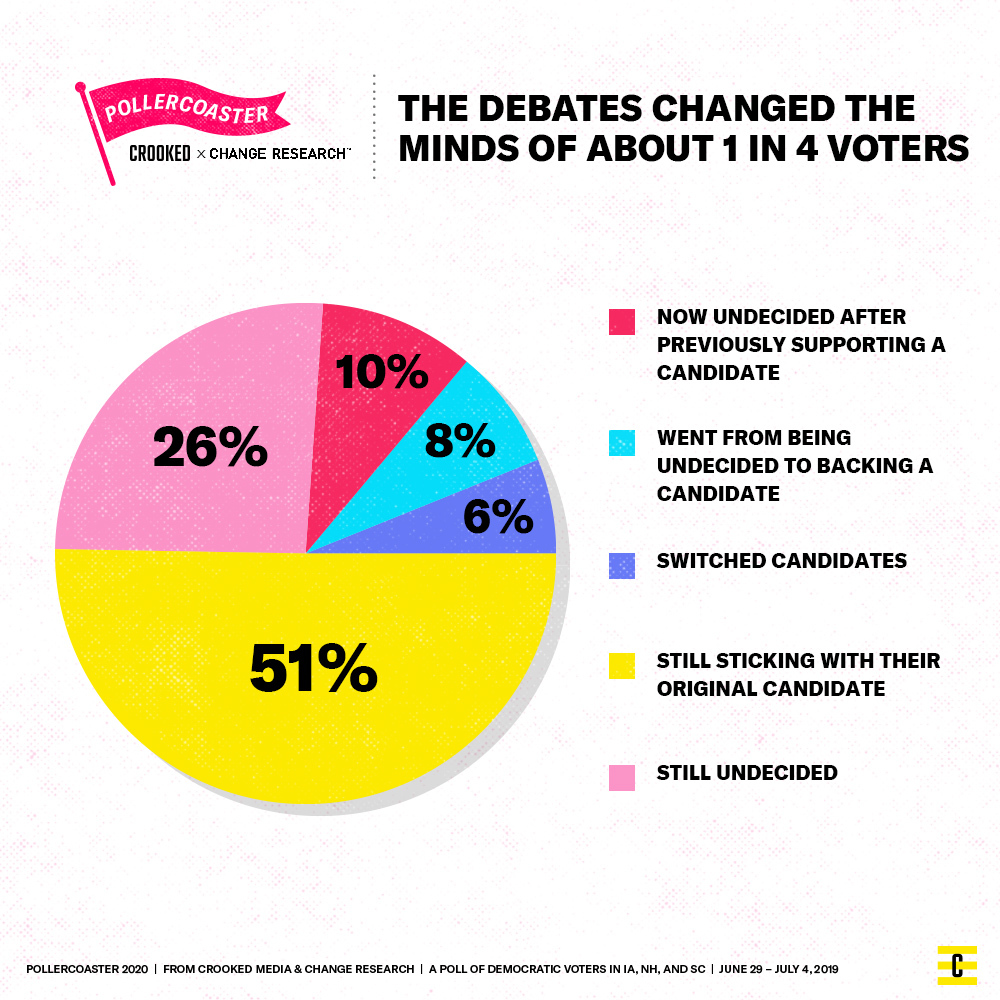 6. Joe Biden may want some extra debate prep next time:

7. Voters are interested in other candidates as they learn more about them.

8. Democratic voters want to hear more about climate, and want a climate debate. Climate was by far the issue that was mentioned most in our open-ended prompt about what people didn’t hear enough about at the debates. 16% of those who answered mentioned it; next were education and healthcare with 5% each. And 65% say they want a climate debate. 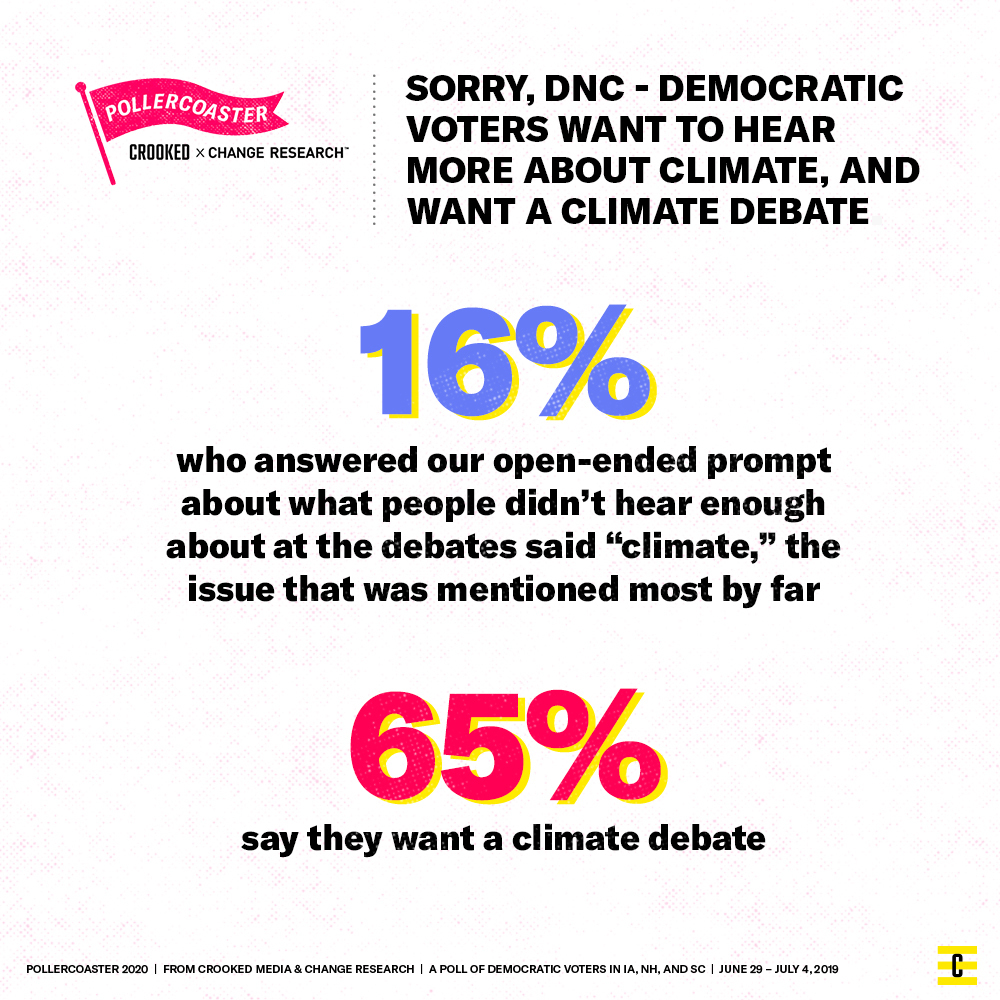 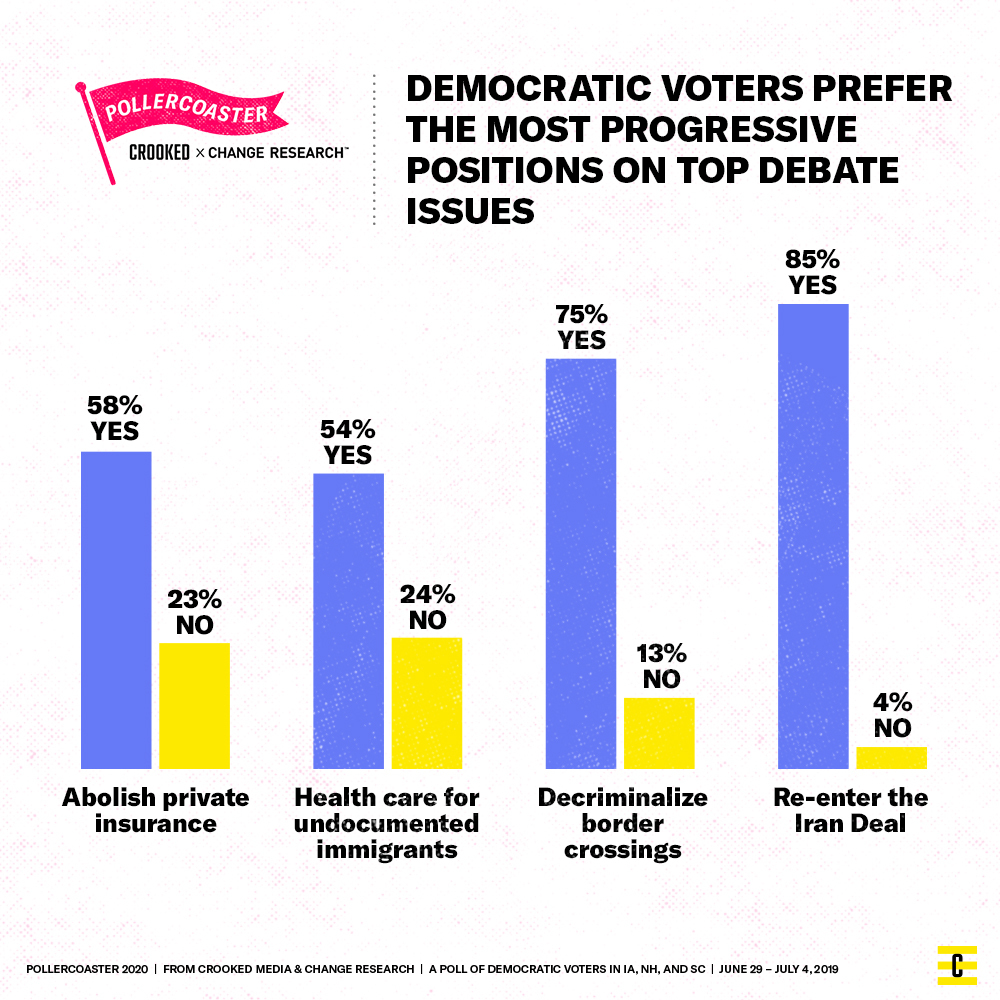 You can dig in to the full poll results here: