Rebecca Nagle is a Cherokee citizen and journalist and the new host of Crooked Media podcast, This Land, premiering June 3.

My name is Rebecca Nagle. I am a citizen of Cherokee Nation, a Native American tribe in Oklahoma. I have a story to share with you—one I’m confident most of you haven’t heard before.

It begins in an unusual place: on the side of a rural, dirt road, nearly two decades ago. It was there, that a man named Patrick Murphy murdered his fellow Muskogee Creek Nation citizen, George Jacobs. Murphy was arrested, convicted, and sentenced to death by the state of Oklahoma. But in his appeal, Murphy’s legal team argued the crime happened on a reservation. And because only tribes and the Federal government can prosecute crimes on Indian land, Oklahoma didn’t have jurisdiction to hear the case.

To grasp the significance of Murphy’s argument, you have to understand the history of tribes in Oklahoma. Its a history I know quite well, because of what happened to my family.

On June 22, 1839, my great-great-great grandfather John Ridge was pulled from his bed, dragged into his front yard, and stabbed 26 times. His assassins stomped his chest until it caved in. They did it because John Ridge had signed Cherokee Nation’s removal treaty, a document that promised our tribe uninterrupted sovereignty over a quarter of the land in what is present day Oklahoma. That promise was not kept.

Since then, the state of Oklahoma has treated my tribe, along with four others—Muscogee Creek Nation, Chickasaw Nation, Choctaw Nation and Seminole Nation—as if our reservations no longer exist. But in 2017, a federal circuit court ruled that the Creek reservation has remained theirs all along. Oklahoma appealed and now the case is before the United States Supreme Court. 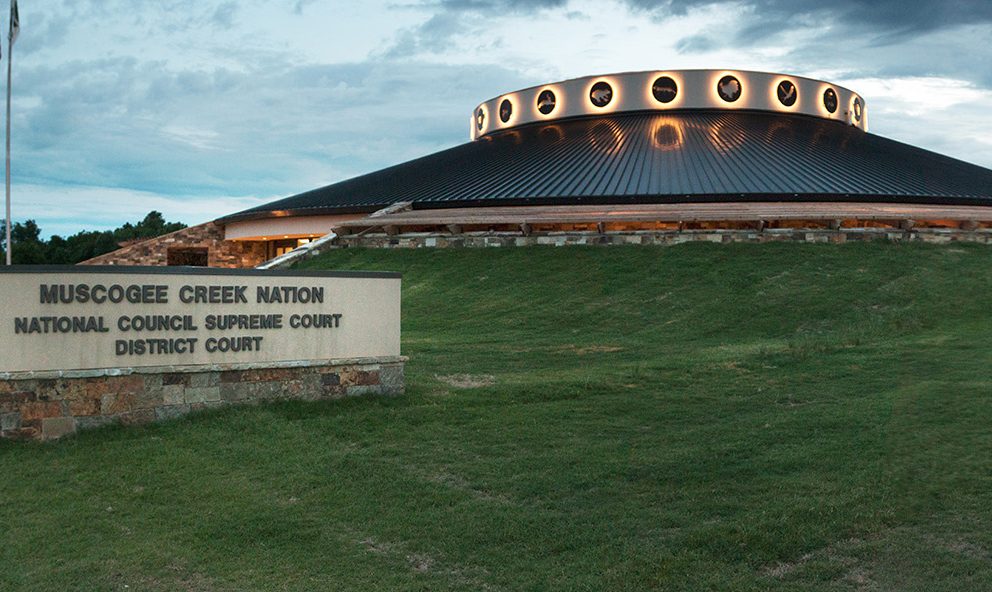 The reservations of five tribes and half the land in Oklahoma—19 million acres—hang in the balance of this case. The Court will rule between now and the end of June, and a decision could come any week. Will the Supreme Court uphold the treaty rights of five tribes in Oklahoma and order the largest restoration of tribal land in U.S. history? Or will it take that land away from us—again?

The law is clearly on our side, but that doesn’t mean we will win. Powerful interests including the Trump administration and the oil and gas industry have lined up against the tribes. But for the five tribes in Oklahoma, this case is not about Trump, real estate, money, oil, or even the murder of George Jacobs. It’s about our survival. We are still here. And the legal right to our land has never ended.

Although this case touches five tribes and half the land in Oklahoma, the mainstream media has barely covered it. To me, this is not surprising. When I scroll through my news feed, turn on my television, or listen to the radio, I don’t hear Native stories.

And I know you don’t hear our stories either.

I know this because Native Americans make up only one tenth of one percent of people depicted in mainstream television, movies, and music. I know this because the majority of news rooms in the U.S. don’t employ a single Native person, and because, nationally, Native journalists hold less than half of one percent of media jobs in the U.S. Of all the columnists that write for the mainstream papers like the New York Times or the Washington Post not a single one is Native.

So I’m launching this podcast, because I want you to hear this story. Because if we want the powerful decision makers of this country to uphold Native rights, the people of this country have to be paying attention.

From Crooked Media, I’m your host, Rebecca Nagle. And I am thrilled to bring you the first ever Native mainstream documentary podcast series. The story of This Land.

A murder case sparked an investigation into the treaty rights of five tribes. But another case — a simple case about an adoption — could actually dismantle America's tribes as we know them.

Tribes are asking that the Supreme Court keep the promises that it made to them. Because what's lost when those promises are broken is more than just land.

The Supreme Court punted a decision on Carpenter v. Murphy to the next term. What does this mean for the tribes?

The geography of this country was reshaped in the late 1800s and depending on who tells it, it's either a story of good intentions...or one of outright theft.

A Cherokee leader is murdered in 1839 for signing a treaty with the United States, but the promise he died for was broken.