Democrats are gearing up to make the culture of corruption President Donald Trump and his allies in Congress have brought to Washington, DC a major theme of the 2018 midterm elections.

Trump himself (favorability, 40 percent) will surely play a starring role in that campaign, as will supporting characters like EPA Administrator Scott Pruitt, who is amassing corruption scandals at a record-breaking clip, and Republicans in Congress, who refuse to conduct appropriate oversight.

But Republican complicity in the culture of corruption isn’t limited to turning a blind eye to the goings on in the executive branch. To the contrary, the GOP’s signature legislative accomplishment in the Trump era is an artifact of the deep rot of corruption running through Republican politics writ large, and there are new indications that the Democratic Party is prepared to extend the corruption case beyond Trump and his cabinet secretaries to the people who will actually face voters in November.

The memo, provided exclusively to Crooked.com, details how a specific measure in the bill, which was seemingly critical to securing its passage, enriched key Republicans in Congress, some to the tune of hundreds of thousands, or millions of dollars a year, and provides credible estimates of the value of that provision to specific members.

Republicans adopted the provision in question just days before voting on final passage of the broader legislation. All along, Republicans intended to create a windfall for “pass-through” business owners, who collect their firms’ profits and are taxed on those profits directly. At the last moment, they widened the loophole to include real-estate investors, many of whom generate large rental-income streams, even as they employ few or no individuals. That tweak to the bill quickly became known as the “Corker Kickback” when Sen. Bob Corker (R-TN), who owns millions of dollars worth of real-estate assets, switched his vote from no to yes at the last minute.

Corker denied having been bought off, and the best case that the provision wasn’t added specifically to secure Corker’s vote is that it will pad the fortunes of many elected Republicans, including the president, who owns and controls a real-estate empire.

Members of Congress don’t typically disclose their tax returns or open all of the books to all of their business interests, so it’s impossible to say with complete precision how much individual members of Congress stand to benefit from the kickback. But members do file financial reports, which disclose income from business interests, including from these pass-through entities. CAPAF has used these disclosures to estimate what the memo calls the “potential tax cut” certain members of Congress gave themselves through the adoption of this provision. This is above and beyond the more straightforward tax cut the law will bestow upon nearly all wealthy members.

Several of the Republican pass-through owners named in the memo (a partial list of which you can see below) are facing challenging re-election campaigns, which suggests Democrats are preparing to widen their critique of GOP corruption to include lawmakers who have used their power to enrich themselves, personally, in the Trump era. That caveat distinguishes the emerging Democratic line of attack from the ones Republicans used to run against the Affordable Care Act in 2010. The “Corker Kickback” epithet borrows heavily from the term “Cornhusker Kickback,” which Republicans adopted eight years ago to describe a provision of the ACA that would have made it easier for Nebraska to afford the law’s Medicaid expansion. Democrats ultimately equalized the Medicaid benefit in the ACA across states, but even in its original form, the measure was never intended to funnel money into the pockets of specific senators.

Evidence of corruption pervades the entire corporate tax cut saga. After the law passed, the GOP megadonor Charles Koch donated approximately $500,000 to House Speaker Paul Ryan’s joint-fundraising committee, and multiple corporate entities with business before Trump’s administration participated in a propaganda campaign to portray what were in many cases long-planned bonuses and raises as byproducts of the corporate tax cut law.

The tax cuts haven’t been a political boon to Republicans since they passed in December. And that was before Democrats had settled on a comprehensive and simple critique of the law. It seems they finally have. 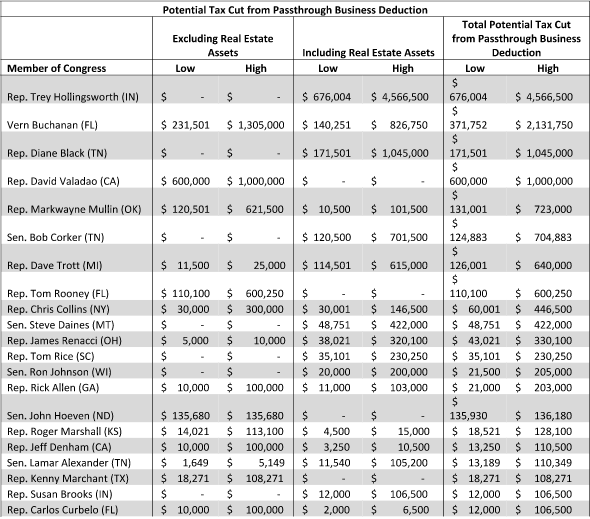 The test for Democrats is whether they can convince Americans to reject the Trump vision where the rich get richer and the rest of us get a ginned up culture war.

“Choose your own obstruction.”

The Parkland students enrage right-wing pundits, Trump’s legal problems get worse, the Department of Veterans Affairs gets a new boss, and the Census gets a new question. Then Jennifer Palmieri, communications director for Barack Obama and Hillary Clinton, joins Jon and Dan to talk about her new book “Dear Madam President: An Open Letter To The Women Who Will Run The World.”

Democrats win another special election, Republicans flail around for a response, and Trump sends Tillerson to the Rexit in a major shakeup of the national security team. Then Lovett and Tommy talk to Senator Elizabeth Warren.

White House staffers are concerned about Trump’s stability but only on background, Trump escalates the world’s first Twitter-based trade war, West Virginia’s teachers have had enough, and Conor Lamb has a chance in a deep red Pennsylvania district. Then former Obama Ethics Czar Norm Eisen talks about the corruption roiling Trump’s White House, and Ira Madison joins Jon, Jon, and Tommy in studio to talk about the Oscars.