So what is this, you ask? Vote Save America is a step-by-step guide to help make sure you, your friends, and your family have all the info they need to actually vote on November 6.

But first, we can’t even talk to you until this happens:

Remember, Republican politicians are purging voters from the rolls like crazy, so double-check!

No? Don’t worry, you can register at that link and we’ll never speak of this again.

Cool, cool—click below and find out how you can help a candidate you like or a cause you support in YOUR neighborhood.

At Vote Save America, you’ll get answers to the questions:

We’ll answer that one now: Of course it fucking matters!

If Republicans win, they will:

If Democrats win, they can:

We’re counting on all of you, but especially our younger Friends of the Pod. For the first time ever, the number of young people who can vote is finally equal to the number of voters in Lovett’s favorite generation, the Baby Boomers. But in 2016, only 46 percent of Millennials voted, while 72 percent of Boomers did. And the numbers are even worse for midterm elections.

Just look at these charts. LOOK AT THEM! 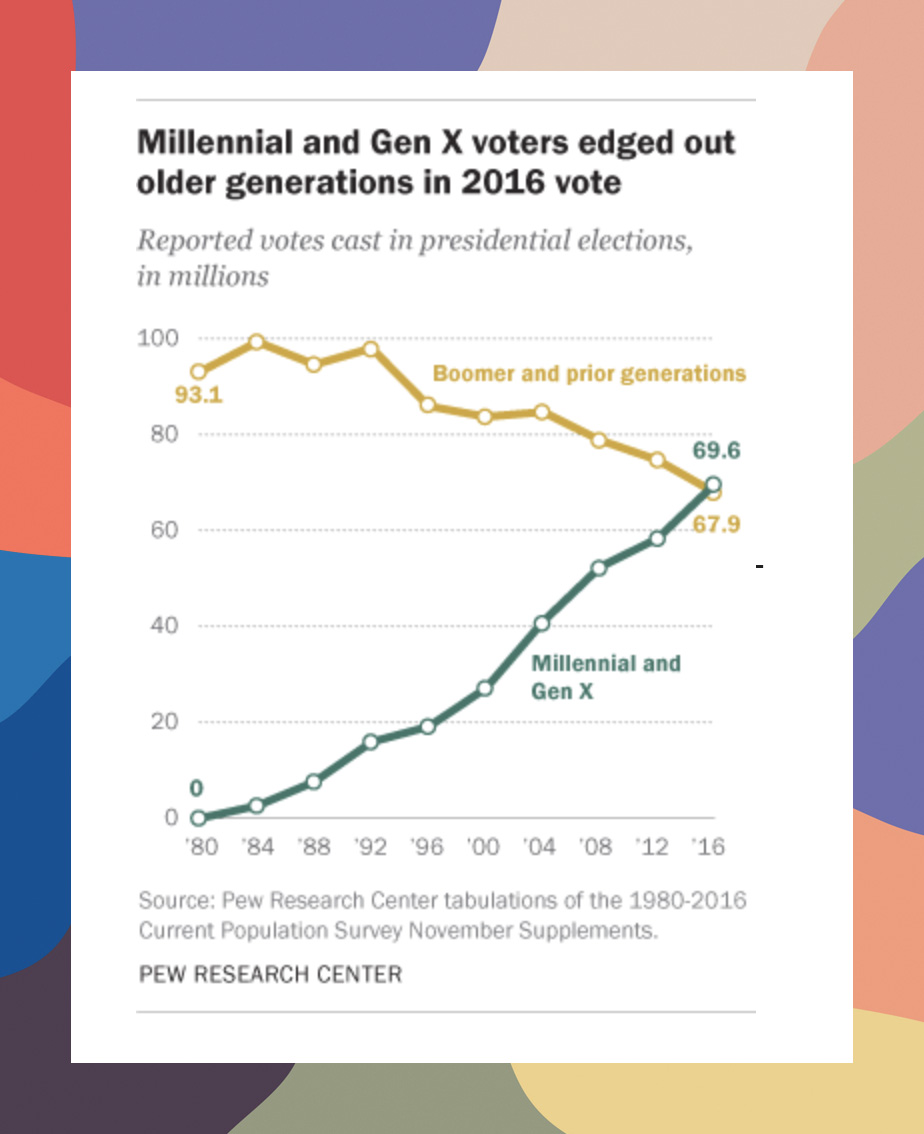 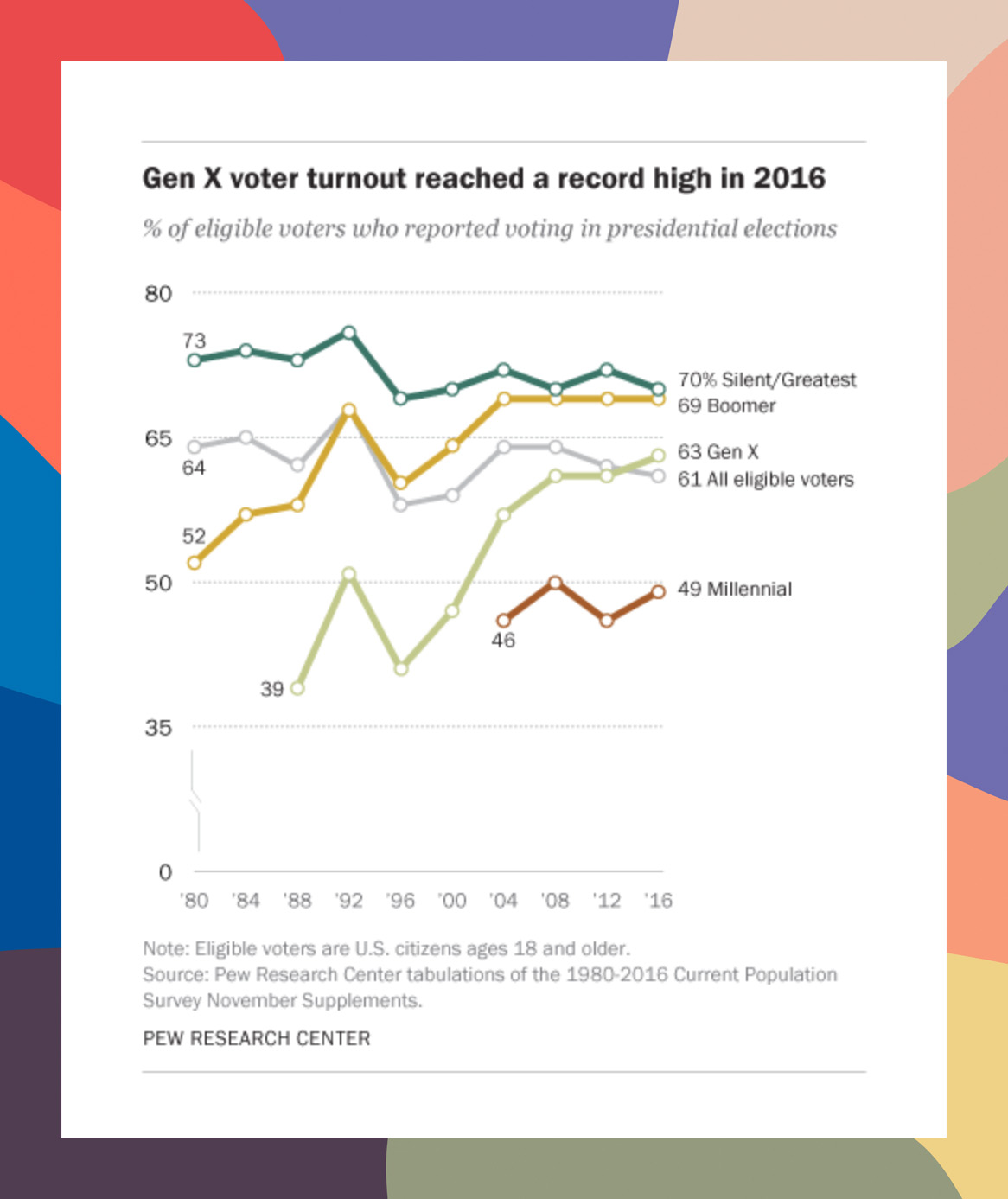 Look at how few millennials who can vote are actually voting. That is dumb. Please don’t let it happen again. Remember, every vote counts, and every voter matters.

So check if you’re registered, get involved, and stay tuned for more.

Be a voter. Save America.

Is that hope I feel?

You’ve already made a huge difference, from swing districts in California to the statehouse in Virginia. As we head into 2020, when we’ll all be asked to do more than ever, we also wanted to make sure you understand just how much of an impact you’ve had.

PollerCoaster 2020: How to Win Wisconsin

Anyone who thinks Donald Trump will be easy to beat in Wisconsin is sorely mistaken, and the path to the White House for a Democrat gets very narrow without Wisconsin. But our poll reveals a path to defeating him there.

Democrats running in the Crooked 8 need you to volunteer now more than ever.

Introducing The Wilderness: A Podcast About the Democratic Party

Pod Save America's Jon Favreau tells the story of a party finding its way out of the political wilderness.